Lack of Affordable Healthcare and Health Insurance killed my husband. 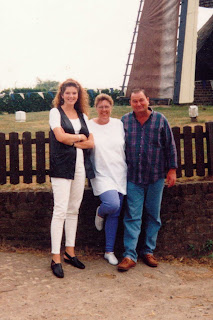 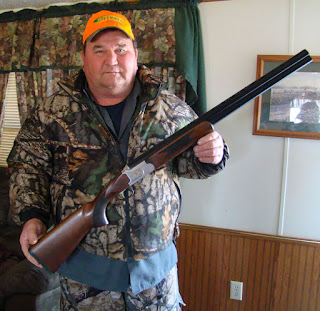 My great, big, strong husband of over 40 years worked a 14 hour day in the field just 28 hrs before he died. He had called to say that he "thought" he might need to see his doctor on Tuesday morning so would I make an appointment.   He refused to let me take him to ER or call an ambulance when I could tell how out of breath he was... I know he was trying to hold on because of our not having health insurance,,,  I stayed in the chair and he in the recliner all Monday night after he'd come home from the field because I was afraid he'd stop breathing. On the way to the doctor Tues morning (the 6th) I was afraid he was having a heart attack and detoured to the hospital.  After the morning in ER, EKGs, cts, electrocardiogram, they decided it was early stage Congestive heart failure and admitted him into ICU so they could drain fluid built up in one of his lungs.  All the tests showed he had not had a heart attack.  He was stable, the doctor had been by to see him and said he'd do the drainage the next morning,,that he needed to rest that night, that he was going to be OK.   I left at 6 to get home to Zach and homework, etc,,,with plans to return early the next morning to wait for ICU visiting hours.  I got the call at 12:46 a.m. and our life fell apart.

God bless you and your family, Ms Brenda. What happened to James is almost identical to my brother except the e.r. sent him home, and he passed away that night. I'm so sorry.

Love you lots. Please take care of yourself, and thank you for sharing this.

Susan from the Pacific Northwest said...

I am very sorry and very angry. I'm glad you shared, people need to hear.

I continue to keep you and your family in my prayers.

I am so sorry, my heart is breaking for you and your loved ones. May God hold you close and give you comfort.

Out on the prairie said...

It is tough to be without, I get so angry when I hear people arguing that we don't need a national plan. My last ER visit was just paid off, 10 bucks a month for 2 years.I don't have any now and hate to have to feel I may need to go back for anything.I hope your life is repairing.

Brenda, you have been in my daily prayers and I was so very sorry to hear about James.

I hope blogging will help you a little...if anything will right now. I hope you have a strong support group down there (family) that will be able to help you.

We're here for you and love you!

Brenda...my heart goes out to you and your family. I will continue to keep you all in my prayers. Hope you are doing ok. Thank you for sharing James' story. It makes me so mad that so many people cannot afford health insurance...my daughter is in that boat. What is this country coming to...

It IS awful when even a damn aspirin in the hospital cost upwards of 14 dollars!!!
We need a TOTAL revamp of the Whole system!!!
Loving you today sweet friend!
hughugs

I'm so sorry Brenda. You are in my prayers. My brother and Mom died suddenly like James did and it's so hard. My brother was only 52.

I'm so deeply sorry for your loss, and understand your anger. You and yours are in my prayers.

That is just so WRONG! We need health care for everybody!, Free education through grade 16,and low income housing so that no one freezes in the cold!

You need to send this to your congressman. and your senator! and your governor.

i wrote you a letter this morning - i think of you SO very much. hang on baby. you have so many friends loving you. it's really good to see you blog and get around so we all know you are here.

So very very sorry. You are in my prayers.

My heart goes out to you and your family.

I'm on Medicare and still have to make payments on six different medical bills because of the copays!! Such a sad situation. :(

I totally agree with MaryLou.
My heart goes out to you, my dear, Brenda.
Unfortunately, hard working people don't get the reward or pay for they earned or deserve. I'm glad to hear about your James boss's generous heart.The world need more like him.

Living in Canada, we take lots of things for granted as far as the medical goes. It is national, either you are rich or poor, if you need medical assistance, it is there for everyone. No system is ideal, but it helps so much that you don't have to think how much is going to cost you if you need to go to ER.
American citizens need to clear their heads and support their president in implementing the national healthcare. If he gets the chance to start, maybe someone else will see it to the end. For the good of all Americans. It is the country that made it to the moon, but can not provide the most needed support for the same people that has build America for what it is.
Hope you will fight this and win, as much for your self but for generations to come.
May good Lord give you strength to go through this most difficult time.

Thinking of you everyday Brenda.

Brenda...
I look in on you through your blog occasionly to read with great pleasure all the 'goings on' in the Mississippi Delta. I was struck numb with the sad news of James. My deep and sincere condolences to you and your family.
John (Your old friend in Houston)


Middle age is when broadness of the mind and narrowness of the waist change places. 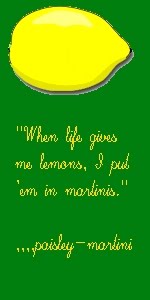 
If you love something, set it free,,,,
or cripple it so it can't get away. 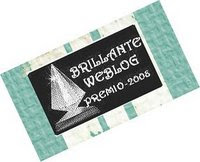